In this episode, we discuss a superhuman who has achieved great spiritual powers, mastered philosophy, and Science.

The scientific Meditation system can be used to tap inner powers.

Muni Mahendra Kumar is in Mumbai, India, and over eighty years of age, yet active in sharing his profound knowledge by way of lectures and writing books.

He is a Sadhu, a Saint. He has renounced his comfortable materialistic life and has become a Jain Monk.

At the age of 20, after passing in first class in B.Sc. 👨‍🎓 (Honours in Physics) from the University of Bombay, Muni Mahendra was initiated.
His tenure as a Jain monk is over sixty years!
He is a disciple of the great Jain Acharya Shri Mahashraman.
His demonstration of Avadhana Vidya - the rare ancient science of MEMORY power and ORAL MATHEMATICAL calculations - at several universities and international conferences has earned him an epitaph of "Human-Computer".
Avadhan Programs were held at some of the most prestigious places in front of prominent leaders and august audiences:
In 1958 in the presence of Zakir Husain Khan, Governor House, Patna, Bihar
In 1961 at International Conference at Vigyan Bhavan, New Delhi.
In 1970 Max Muller Bhavan, New Delhi
In 1995, IIT Delhi
In 2005 International Conference at Rashtrapati Bhavan, New Delhi

It is a fact that pure philosophers cannot comprehend the nature of the universe 🪐 without the help of science. On the other hand, pure scientists also cannot give a systematic and consistent form to their ultimate theories of the universe. New advanced harmony is urgently needed today to unite science and philosophy, but there are only a few persons who will be able to undertake such a task.
He is Jyotindra Zaveri brother.
Great family. Your brother is a living legend. Your father was a great industrialist of his time, Managing Director of Bharat Bijlee.
Why would a person leave such a comfortable life and become a monk? Listen to this video about how and why he became a monk.
Muni Mahendra has met many distinguished personalities. Just before Diksha, in 1957, in New Delhi, that is before becoming a Jain monk, he along with his father Mr. Jetha Bhai Zaveri, met Dr. Sarvepalli Radhakrishnan, at that time he was the first Vice-President of India 🇮🇳.
Prof Muni Mahendra Kumar is well known for his study about mind, wisdom and intelligence, Emotional Quotient the EQ, and so on.
His Holiness Dalia Lama publicly appreciated Muni Mahendra Kumar at the Mind and Life 22nd conference in New Delhi, India, on November 21st, 2010.
Muni Mahendra has written a masterpiece; the title of the book is The Enigma of the Universe. Former President of India, Dr. APJ Abdul Kalam He is a renowned missile scientist. He met Muni Mahendra and was so impressed by the manuscript that he planned to release the book at his residence in Delhi.
The book is a unique blending of Jain mathematics and Cosmology. A detailed mathematical discussion of innumerable and infinite numbers is an innovative approach in the whole history of mathematics.
He is the author of over 60 books 📚 on comparative studies on Science and Philosophy, Meditation, Mathematics, Atomic Science, and Jainism, etc.

What is Spiritual Technology?

Who is your Guru?

Which is the best religion to follow? What is Spiritual Technology?

Who is your Guru? Which is the best religion to follow? What is Spiritual Technology?

In today's event announcement, you have shown a mirror, in the Social Media banner. Is there any specific meaning? And also it says Swaym Satya khoje,  please elaborate.
Where did you learn such interesting stories with lots of deep meaning?  Who is your Guru? I believe you follow the Jain religion. And your Guru is a Jain Acharya.
There is a difference between religion and spiritual technology.
Religion or rituals should not be confused with spirituality.
What is the definition of Holistic Health?
-
Watch Health मित्र Scientific Meditation Channel LIVE. HOST: Kirti. 17 May 2021. Episode 22
Speaker Jyotindra Zaveri is teaching Meditation for the past fifteen years. Thousands of people have benefitted!  WhatsApp +91 9552946949
#guru #religion #spititual #mindfulness​​​​ #stress #lifestylechanges​ #meditation​ #mind​​​ #iq​​​ #eq​​​ #emotions​​​ #health​​​ #yoga​​​ #jyotindrazaveri​​​  #innerpower​​ #innerstrength​​ #jyotisocial​​​ #onlinetraining​​​ #trainer​​​ #scientificmeditation
Posted by Jyotindra Zaveri at 9:19 PM No comments:

The only book written by a Spiritual Guru - ACHARYA MAHAPRAGYA - and President A P J Abdul Kalam!

Kalam and celebrated Jain thinker late Acharya Mahapragya in the book "The Family and the Nation" say that only a strong and happy family can lead to a strong and noble nation.

In writing the book, the ideas of the two authors were shaped by their interaction during the past few decades with millions of countrymen hailing from different walks of life. 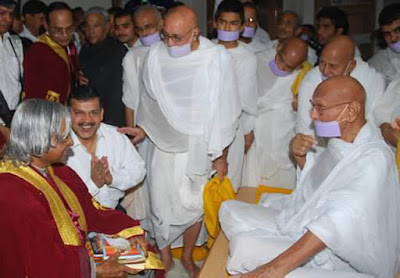 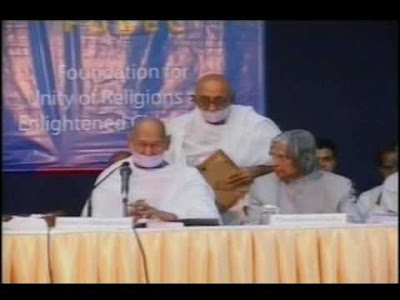 "Each interaction enhanced our experience and added to our understanding of the development of a noble family, a noble society, and a noble nation," they write. 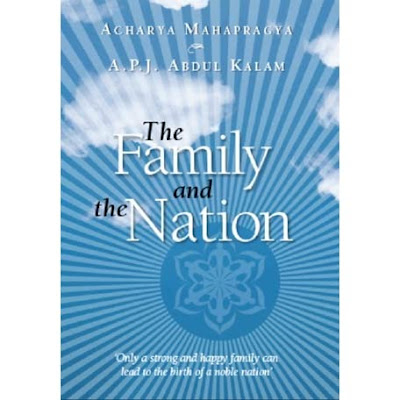 As we aspire for rising economic prosperity and a strong and confident India, this book forcefully reminds us of the values that make for a truly sustainable society, at the heart of which is the family.

The book expresses an ideal by which Indian society may prosper and speaks of how spirituality can help create a noble nation and a better world.

For it is not economic growth or military strength alone that will make India strong. Sustainable success comes from values, and these can sustain a society and a nation even in times of hardship.

Posted by Jyotindra Zaveri at 9:32 AM No comments: